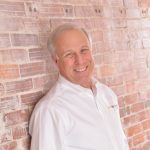 With over 40 years of experience in the IT field, Tony Correale started as an applications developer  and transitioned from Senior Account Executive managing mainframe accounts with Groupe Bull, an international French computer company, to independent business owner. Originally from the Boston area, he felt Maine’s tempting pull in the early 70’s. Tony ventured to the great state and began working for another technology-based company where he would eventually meet his future partner of BizCompass, and OpenNet ME John Burghardt. Upon ultimately leaving the corporate IT world, Tony founded ITConsult, a company created to help small companies in Maine advance and grow with the limitless help of technology. Never one to remain idle, Tony is currently enjoying renovating a small oceanfront camp in the mid-coast area, his weekly ice hockey games, and traveling with his son to destinations with newsworthy air shows. 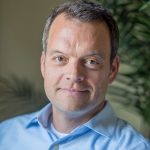 With higher education in Canada and Maine, John Burghardt is certified in many Information Technology engineering solutions. Innovative from the start of his career, John has been designing and planning business technology strategies for close to 20 years. While working for some of Southern Maine’s IT companies, John’s desire to own his own business grew, all while continuing to pioneer new solutions. John ventured into small business ownership and formed The BC Group, along with 2 other successful businesses including OpenNet ME. BC Group, was one of the first businesses in Maine to offer Disk to Disk (D2D) based backup solutions. D2D was breaking the industry standard of tape backup and delivering fast enterprise-grade backups and recovery.

Tony and John would cross paths again several years later as their own companies would soon start contracting services.  Shortly after that merger John and Tony became partners in OpenNet ME